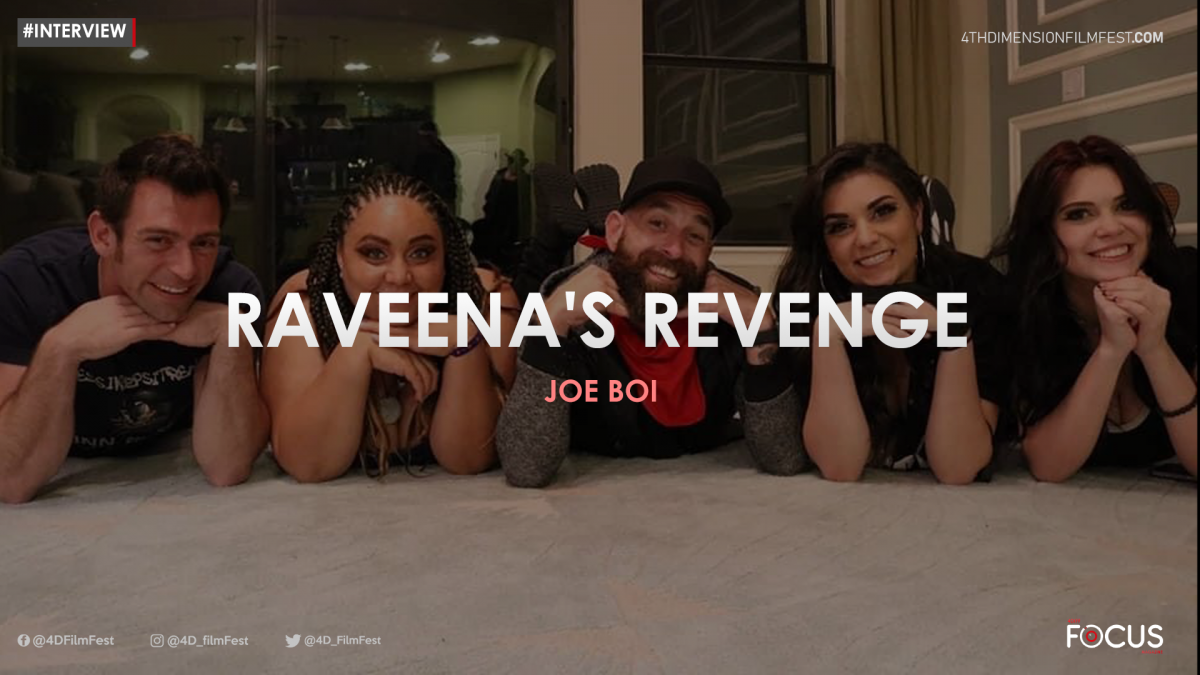 Sir, please tell us something about the title of your movie. How would you describe the movie in a sentence or two?

It’s about a lonely guy who goes on a date with a mysterious woman and becomes increasingly close to her–when suddenly, they get attacked by the Red Reapers: A group of vampire hunters hell-bent on eradicating the world of all bloodsuckers.

How did you come up with the story? Can you talk to us briefly about the process of writing the script?

I love vampires and vampire movies like Queen of the Damned, What We Do in the Shadows, and my favorite being Underworld–I can’t get enough of Kate Beckinsale. She’s beyond amazing in that movie. When I was writing Raveena’s Revenge, I wanted to do something different. We’ve all seen the damsel in distress story, but what about the reverse and adding to that? So, I thought about a dimwit in distress who falls in love with a powerful vampiress.

I believe you are an avid reader. Who would be your favorite authors? Can you suggest a few books for our readers?

There are so many to list, but my go to’s are Stephen King, Ann Rice, Patrica Briggs, and Frank Peretti.

What would be that one movie you are never tired of watching? Further, can you suggest a few movies to us? Movies you think we must watch.

100% Jurassic Park–And some of my favorite movies are: A Nightmare on Elm Street, The Thing, Christine, The Fog (basically anything John Carpenter), The Jerk, The Matrix, Aliens, and Plains Trains & Autos.

Tell us something about the characters, specifically Raveena. How did you come up her character, what were her attributes in your head, who did she resemble?

Danny was the comedic relief as the dimwit in distress. Then I crafted Raveena as a combination of Akasha from Queen of the Damned and Selene from Underworld–so she has a dark side, but fights for good and crushes evil all for love.

Tell us something about your performance in the movie. Did you find it difficult initially? What impressed you the most about the performance of Ashleigh Ann Wood?

It’s always a challenge to act as you direct, but I believed in my team and that’s the biggest part of any movie. The crew I was blessed with really went above and beyond, making it a breeze for me to act as I direct. Ashleigh Ann Wood always impresses me–she’s an incredible actress with a vast knowledge of her craft. If I was to pinpoint what impresses me most about her, I’d say it’s her ability to light up a room and bring the best out of everyone present.

The narrative is structured in the form of a cat and mouse chase between a vampire (Raveena) and vampire hunters. However, she is distracted by the charming Danny and chaos follows. How easy or difficult was it for you to maintain the sequence of events?

Writing it was fun with minimal hardship, but the challenging part is always breaking it down with the crew and making it a visual story. I had a great Cinematographer, JC Conklin, who captured the exact visuals I saw in my head with an epic editor, Claire Haines, cutting the short film into the most exciting; yet, the comedic version we could have.

How impressed were you by the technical aspects of the movie? They impeccably kept watch on the pace of the movie. What do you have to say about the action sequences performed by Ashleigh Ann Wood? How difficult were they?

The pacing was a challenge to get right–Keeping it funny with the Horror/Action elements was all my editor, Claire Haines–she’s amazing with her cinematic cuts! Ashleigh Ann Wood and her stunt double, Hanora Gralton, worked seamlessly together. And I have to give it up to my epic fight choreographer, Veasna Keo. He and his team really pulled out all the stops, going far beyond what I expected–his eye for detail elevated all the action and fight scenes in ways I never expected.

What do you have to say about the various themes evidently present in the movie? Like you have talked about purpose getting preference over passion. There are times when a certain sense of attraction overcomes Raveena but she swiftly recovers, realizing that there are people after her life.

Raveena loves love and just wants to love, but the vampire hunters want to take her out. She doesn’t want to kill them at all, until she realizes that they won’t just let her live her life.

We must address the exemplary presence of comedy in the movie. The dialogues were well written and the execution of the scenes were impeccable. Tell us about the potent presence of humor in your movie.

I was raised on comedies like The Naked Gun, The Jerk, and Plains Trains & Autos. So I believe my style of comedy is old-school modernized in an eccentric way.

Where do you place the sense of vengeance in the movie? The place where Raveena gets her revenge. Perhaps where she moved beyond the realm of fighting against violent circumstances.

All Raveena wants to do is live and let live, but the Red Reapers are constantly on her coattails. I believe Raveena exacts her revenge at the house because she realizes the Red Reapers will not leave her alone. 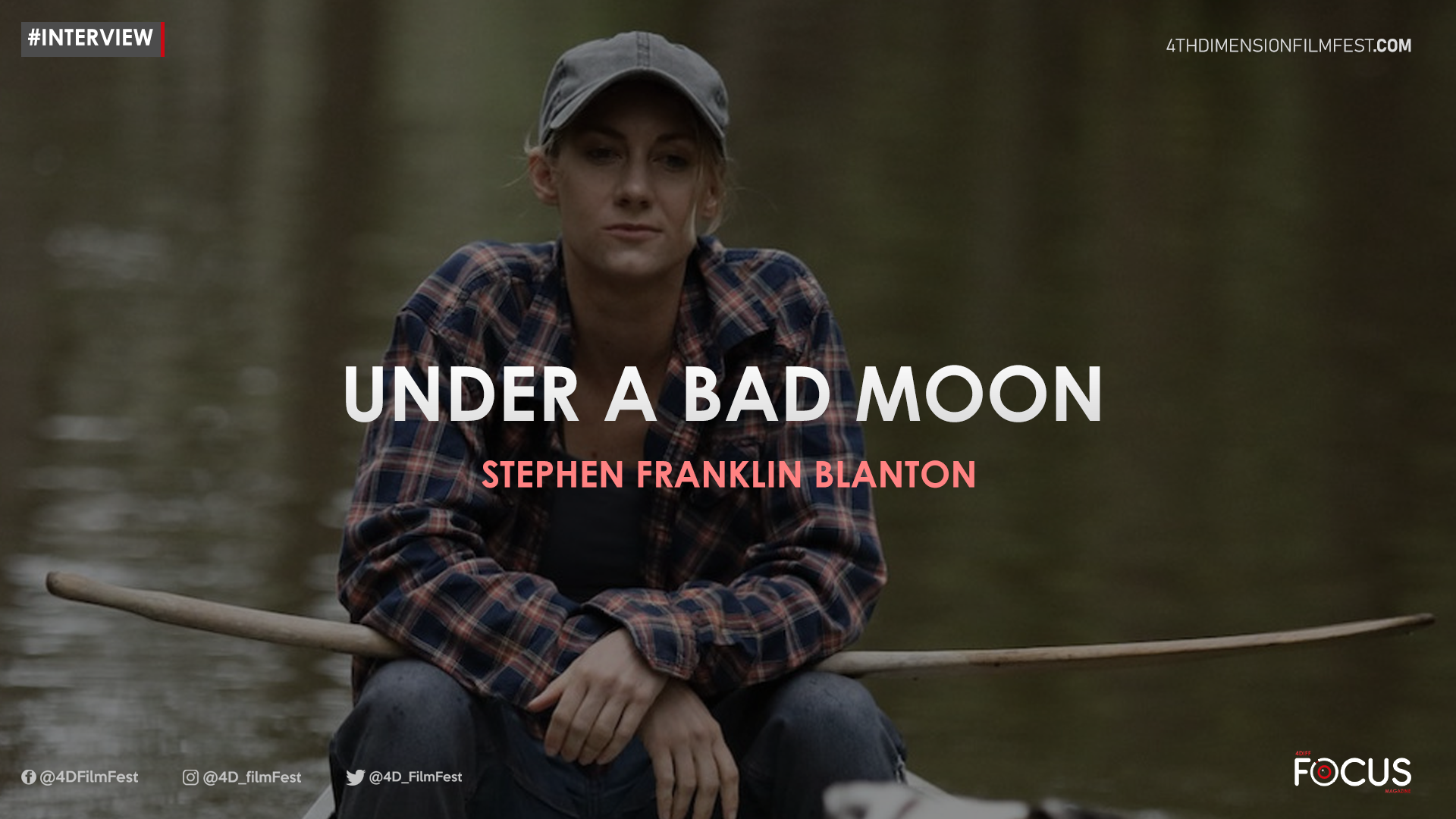