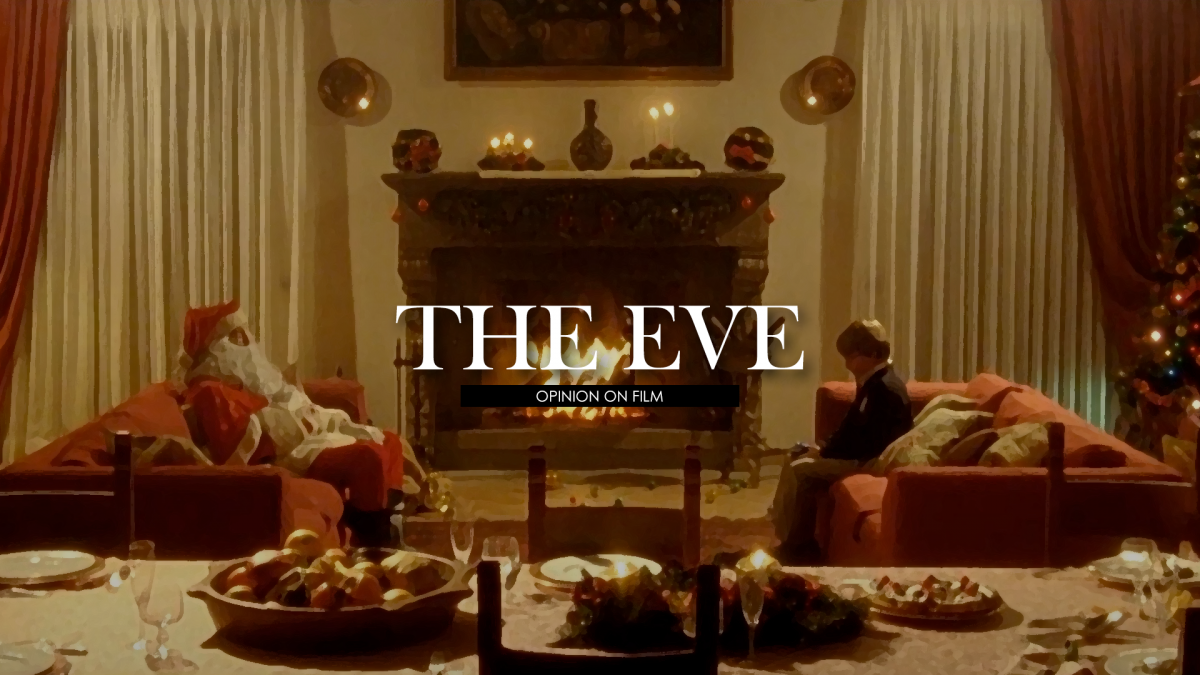 Based on Max Lüscher’s theory of color test, “The Eve” tells the story of a boy who produces weird fantasies. He wants to visit a toy factory of disenchantment. Unlike most other children, this boy is not satisfied with his extremely fulfilled materialistic life. He wants something else that will lead him to another world.

Santa Claus is a beautiful fantasy to every child. But, Simon fantasizes about Santa Claus in a different way. To him, Santa Claus is the owner of a toy factory that recruits disenchanted children to make toys. Even the factory is named Disenchantment Toy Factory. This is an excellent connotation of Willy Wonka’s chocolate factory from the  Charlie and the Chocolate Factory. Both the factory hides a horrible secret but differ in appearance. Simon wants the factory to be totally detached from the human touch.

Director Luca Machnich has portrayed the character of Simon through Max’s color test. An abundance of red is noticed from the beginning. According to Lüscher, red is the symbol of “Force of will”. It indicates eccentricity, active aggressiveness, competitiveness, action, desire, excitement, and sexuality. Simon’s zeal to meet Santa Claus is overcoming all other emotions of the film. The toy factory is seen in a violet shade that represents unrealistic/wishful fulfillment, most importantly enchantment. Luca attempted to portray Simon’s nothingness and renunciation through the color of his sweater, black. Simon’s adoption story is a long concealed secret that is shown through his mother’s grey sweater. Simon visualises his happy toys in blue shades that evoke a sense of the depth of feeling. Every color plays a vital role in the plot and the unfolding of the story. Simon’s drawing of the toy factory is shown on a yellow paper that projects his “Spontaneity”. This child resembles an old and tired adult. At times the audiences feel that Simon is an adult living in a child’s body. He just wants to break free from this monotonous life and live in exile.

“The Eve” doesn’t deal with the character’s psychology only. It has a greater psychological role to play. The story unfolds some very hidden emotions in our hearts. This movie compels us to rethink and check our perceptions. We start wondering whether the world of Santa Claus is a utopian one as we’ve always thought, or it’s a dystopian domain that we never wanted to look into.

The last and final stroke of the movie reminds us of Hitchcock’s “Psycho” where the man perceived his identity as the contradictory one. He was his mother and himself both. In this movie, Simon is not the one everyone thinks that he is. His desire to meet Santa Claus doesn’t resemble the desire of other children. Therefore, he receives an unnatural gift from Santa. A vicious image at the end that shows different parts of the human body depicts aggressiveness. This extremely brutal portrayal of life mocks the sweet and beautiful fantasy of Santa that every child loves to imagine. “The Eve” is a real-life portrayal of every fairytale. The director intended to show what fairytales become in real life.