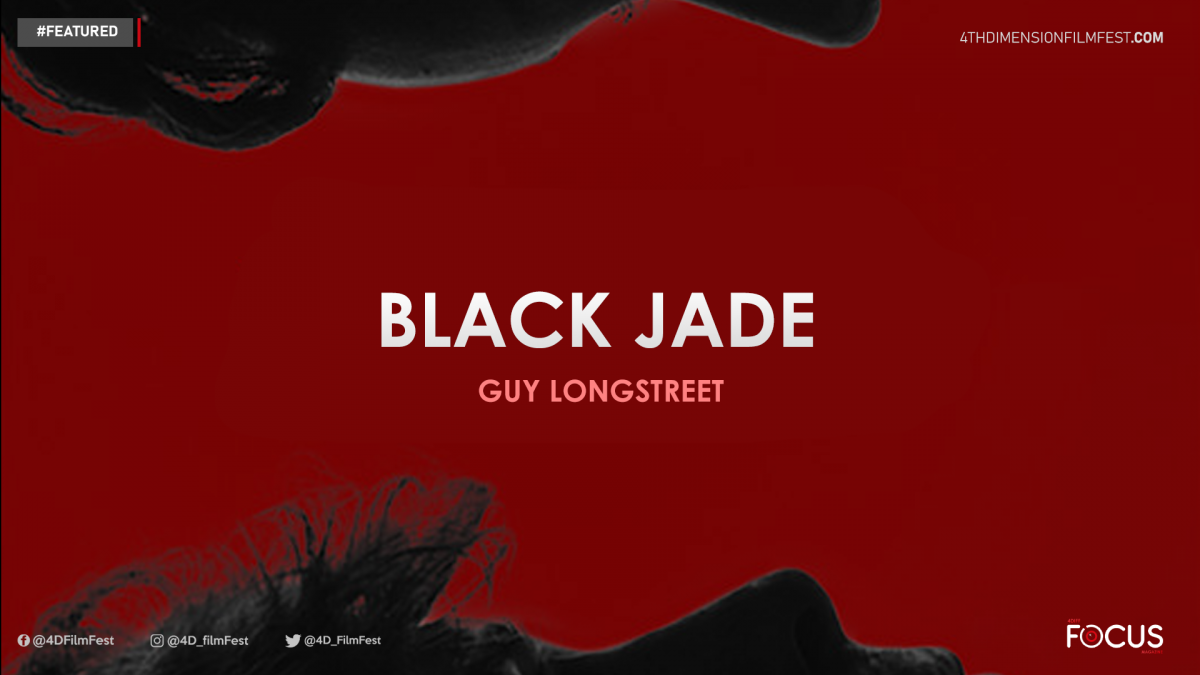 Lamenting deeds lost in the abyss of time turns the past into a new avenue of pain and deception diminishing lines perpetually.

The director Guy Longstreet does a phenomenal job in bringing images together in order to create an eerie coherence of sorts. The opulent symbols and imagery present in the movie are an indicator of the director’s love for photographs. He is intrigued by the story they say and the stories they hide.

The concept of memory has been dexterously used by directors like Martin Scorsese, David Lynch, Christopher Nolan, David Fincher, etc. Cinema has always been curious about the domain of memory. Guy Longstreet explores the fine line that keeps on appearing and disappearing giving rise to unwarranted chaos. The significance of the movie hides in the silence of the characters, their various contemplations, and their shadows.

The plot of Black Jade primarily gyrates around three characters. The first is Raymond Sykes. He is a writer with an opulent amount of desires. He is that kind of person who finds glee in constructing castles in his mind gracefully. A psyche with a plethora of vivid imagination. The second character is Dorothy, the wife of Raymond. She is a Jamaican immigrant. She is also the breadwinner of her family. The third character is Dorothy’s sister Adel who pays them (Raymond and Dorothy) an unexpected visit. The story oscillates around the three characters who are directly or indirectly involved in the occurrences within the narrative.

The sequence of events commenced from the point Dorothy and Raymond moved to Los Angeles.

There is a certain depth to the characters constructed for the narrative. They seem to have a number of layers. Some are explored and some are hidden even from the consciousness of the characters themselves. The character of Raymond Sykes would be a good starting point for a profound discussion about the human psyche. The layers are distinctly different in the characters of the movie. There are various shades of intrigue, innocence, guile, and trepidation in the characters.

The perspective presented by Raymond belongs to the alley of unknown references. A place where lines disappear and one finds it extremely difficult, almost impossible to distinguish reality from fiction. Raymond appears to be falling into the spiraling snares of madness through the progression of the tale. With little knowledge about his plummet like Teddy Daniels in Martin Scorsese’s Shutter Island. Raymond’s fall is evident through the failure of losing his sense of reality. He falls through the various contours of his consciousness. A memory scarred with fear, desires and paranoia. There is a proleptic indication in the movie that suggests an exponential growth of violence in Raymond.

There are scenes in the movie that highlight the isolation of Raymond. Some unknown force is taking him away from the tangible reality around him. He is falling into a soundless abyss as he is plagued by an avalanche of visions. The stories that Raymond had perhaps consciously kept concealed in his psyche.

The agonizing demon within him that eventually devours Raymond, does so with precision. A demon that can’t be seen yet is playful with fascinating techniques of torture.

There is another layer to the story. An indicator of the collective unconscious of a nation. The lines by Langston Hughes strengthen the belief that man is gradually getting away from himself. They are somehow losing their Identity. They are becoming prototypes troubled by their own thoughts with very little control over their vicious and vengeful inclinations. The collective consciousness baffled the poet like it must baffle a pragmatic individual.

The significant presence of the mirror is a constant reminder of the characters having an alter ego within them. If they are the harbingers of order then the ones within them are the agents of the chaos. The mirror brings out the worst in them. Through the mirror we see stories lurking in the dark chambers of the human mind which are otherwise unreachable.

The absence of light and the adroit use of the colour red adds to the profundity of the narrative. The scenes are further enhanced by the impeccable work of the sound designers. The background score sustains the tension within the narrative. They also give rise to certain moments of catharsis.

The binary of sanity and madness has been well explored by the director. It gives us access to the unconscious world of Raymond Sykes where tales become tools of deception and the outcome is one of the repugnant proportions.

The performances of all the actors, specifically Gareth Koorzen who played the role of Raymond Sykes were the icing on the cake. They added authenticity to the intent of the story.

Black Jade is a must-watch for the lovers of cinema alike. One must not make the mistake of putting Black Jade under the column of mystery/suspense/thriller. It is much more than that. It is a story about human beings, their nefarious potential and where it could take them.