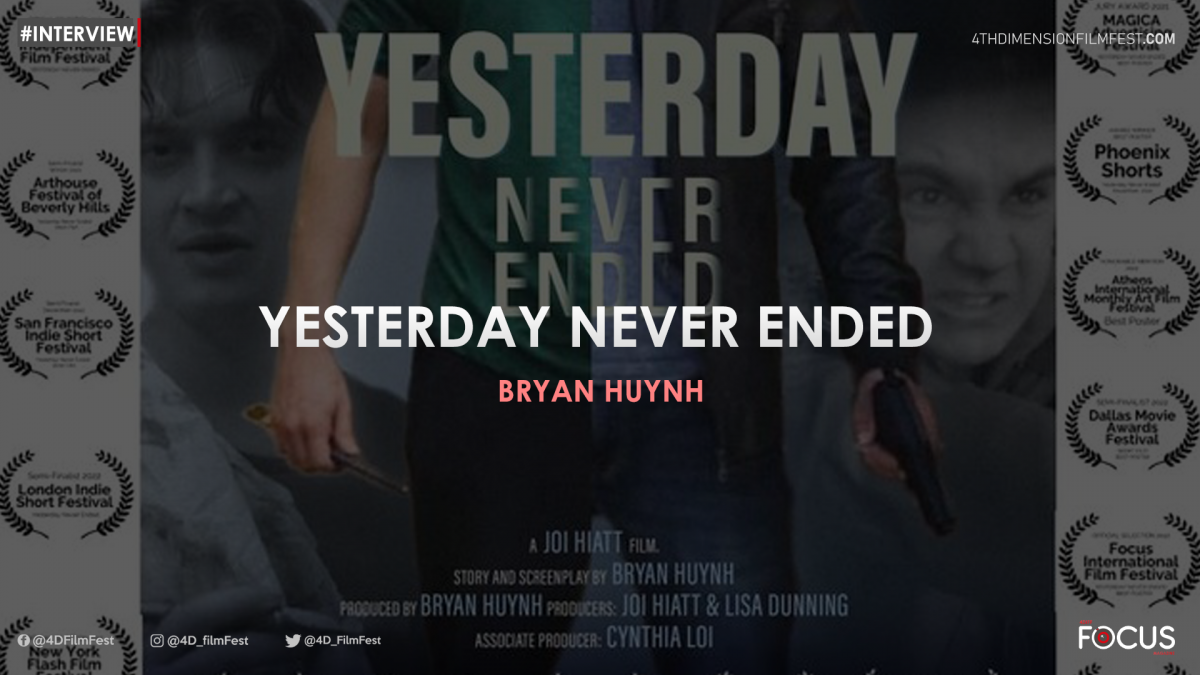 Tell us about your love for movies.

What got you hooked to the domain of the bioscope? Do you remember the first movie you watched? What was the experience like? Do you have an interesting story to share about the specific experience of watching your first movie?

BH – Thank you for having me as one of your interviewed filmmakers. It’s a privilege.

In college I was an English major and wanted a career in writing after graduation. I didn’t know what kind of writer and what style that I wanted to focus on. In 1991 I sense my “calling” was to become a screenwriter after I saw the movie Home Alone 1 with a friend. On our way home I said “That’s it. That is what I want to be, a screenwriter.” It was also likely a film class where an assignment was to create a scene 3-4 pages. After that I was very acceptive into the writing path. At that time, I love non-fiction writing especially with my senior thesis “On the Road” by Jack Kerouac. After college I started to write theatrical plays like 10-minutes, or a one-act play. Chicago Dramatist Workshops accepted a play of mine for their summer festival in 1995. Gradually after that I shifted over to film.

What do you think is the significance of stories these days? Do you think we run the risk of disappearing without them?

BH – For me it played significantly when outlining characters, structure, and setting. In my early years of writing screenplays, I lost the connection. I wasn’t the writer I wanted to become. However, I continued to learn the crafts and I was able to connect dots. You know like “Six Degree of Separation” of writing. And I’m glad I did.

What were the genres you preferred watching? Who were your favourite directors? Were you inspired by them? The way they told their stories, the messages in them.

BH – I’m a sucker for romantic comedy like “Mystic Pizza, Sliding Doors, Crazy; Stupid; Love” as some of my favorites. I really love “In the mood for love” and “Chunking Express” by one of my favorite directors, Wong-Kar Wai. Both films have influenced my writing in many ways.

Would you recommend a few movies for us? What would be your top five, all-time favourite movies? Movies you believe everyone must watch.

BH – Of course, “Chunking Express” and “In the mood for love”, other favorites are: “Kung Fu Hustle” by Stephen Chow, and Sundance’s 2002 favorite “Better Luck Tomorrow” by Justin Lin. I’ve watched these films at least 7-8 times. I also like “The Fugitive” and a few of Matt Damon’s films in The Bourne franchise.

How did you come up with the story? Tell us something about the process of writing the entire script, everything that remained and things that were perhaps omitted?

BH – “Yesterday Never Ended” (2021) is a trilogy of short films.  “Today” (2018) was the first of the trilogy, and “Tomorrow Never Came” (2019) was the second.  In the early 1990s, I crossed the path of Mother Teresa’s quote “Yesterday is gone. Tomorrow has not yet come. We have only today. Let us begin.”  I sense something about to take place thereafter. However, I needed a story to begin for each one.

It started out with a story (Today) from my 10-minutes play under a different name (at Chicago Dramatists). I then adapted it into a screenplay. A story for “Tomorrow Never Came” came in my senior year of another senior from another university who committed suicide. The story of “Yesterday Never Ended” was online article I read about a young teenage boy who did a terrible thing. At the time of the article, he was in reincarnation at a facility. I re-examined the quote to ask, “is yesterday really gone when a day moves to a new day?” I needed to credit another favorite movie of mine “Memento”. It was an audience winner at Sundance’s in 2000. The movie’s main character was writing things down on his arms to remember. A thought came “does it help?”.  I’d recommend this movie for anyone to see (my meaning) whether it helps the character or not.

How would you describe the title in a line or two keeping the plotline in mind?

BH – The title is also a definition itself. In life, we live for today. Right? We go to college, work hard in jobs to have a life for tomorrow. But what if tomorrow never came. Better yet what if you have yesterday (like a secret) that never ended. 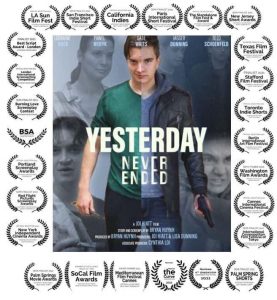 You have addressed an issue like bullying even if the reference was relatively passive, I believe in your script. What was your intention behind it?

BH – Yes, I made that reference. The article of YNE’s screenplay was about a kid being bullied by other kids. With many schools shooting happened, and it hurt to see innocent lost lives. I really didn’t want to have YNE’s story about school’s bully. It might be boring. Thus, I just made a small reference to the topic. Jack’s sister Abby believed that was the case for him to explode. However, it ended up the aiming was at his best friends.

Abby’s conversation with Nick, Donny, her mother, and Jack gyrate around the occurrences of the past, a specific one that has shaped their lives, led them towards believing in different things. How potent a role do you think the past plays in your script?

BH – Our life is important as it is either a memory or a haunting moment. Specifically, I want the characters to carry their “past” into “future”. It likes their “scarlet letter”, it symbolizes a journey with possibly no ending.

Memory plays a dual role in the script. It acts both as the harbinger of nostalgia and the initiator of chaos. It helps Abby trace her way back home and rattle the carefully constructed bubbles of Nick and Donny. Do you agree?

BH – Definitely agree. The screenplay’s theme is also to recollect thoughts and go back to make an assessment, per se. Abby was away when Jack’s ordeal happened, thus she had limited information to what happened. Back home she is ready to know the truth. She knows Jack is not himself being in an institution. Abby’s tasks are to possibly draw up a traceability image in her head.

Why do you think Abby’s mother still feels guilty about Jack’s act? Do you it is so because she is led to believe that she is extremely irresponsible and rash in her sense of judgement and duties her entire life?

BH – It is referencing to many schools’ shootings that home life plays a role in a child’s action and behavior. A mother’s role is to take care of her children to the fullest. Isn’t there a “life” expression, “where did I go wrong?” I want to have a break down scene, because up until now she has not done so. In the mother’s scene with Abby, I want to have an anger “outburst” from the mother that withholding for the longest time.

Do you believe the gunshot changed everything forever? Can they (Abby, her mother, Jack, Nick and Donny) ever be the same again?

BH – It is forever a changing moment for all the characters. Everyone except Jack. The scene with Jack and Abby does not dictate his fate, he continues to have a declining health and memory. This is the omission from the script.

Could you tell us something about the final scene? What did Jack’s painting symbolise? Was the devil a symbol representing the vengeful, ignorant, insensitive society they are a part of?

BH – It symbolized fear, anger, and disbelief. Jack saw his sister packing up to leave home, his parent’s argument, and his mother left alone to raise him. Abby brought paintings to help Jack to remember of the “yesterday” past. A representation of his dream to be an artist, but it was shattered without a family. The devil image reminded Jack of his father’s verbally abusing to his mom, and himself turning violent against his friends. 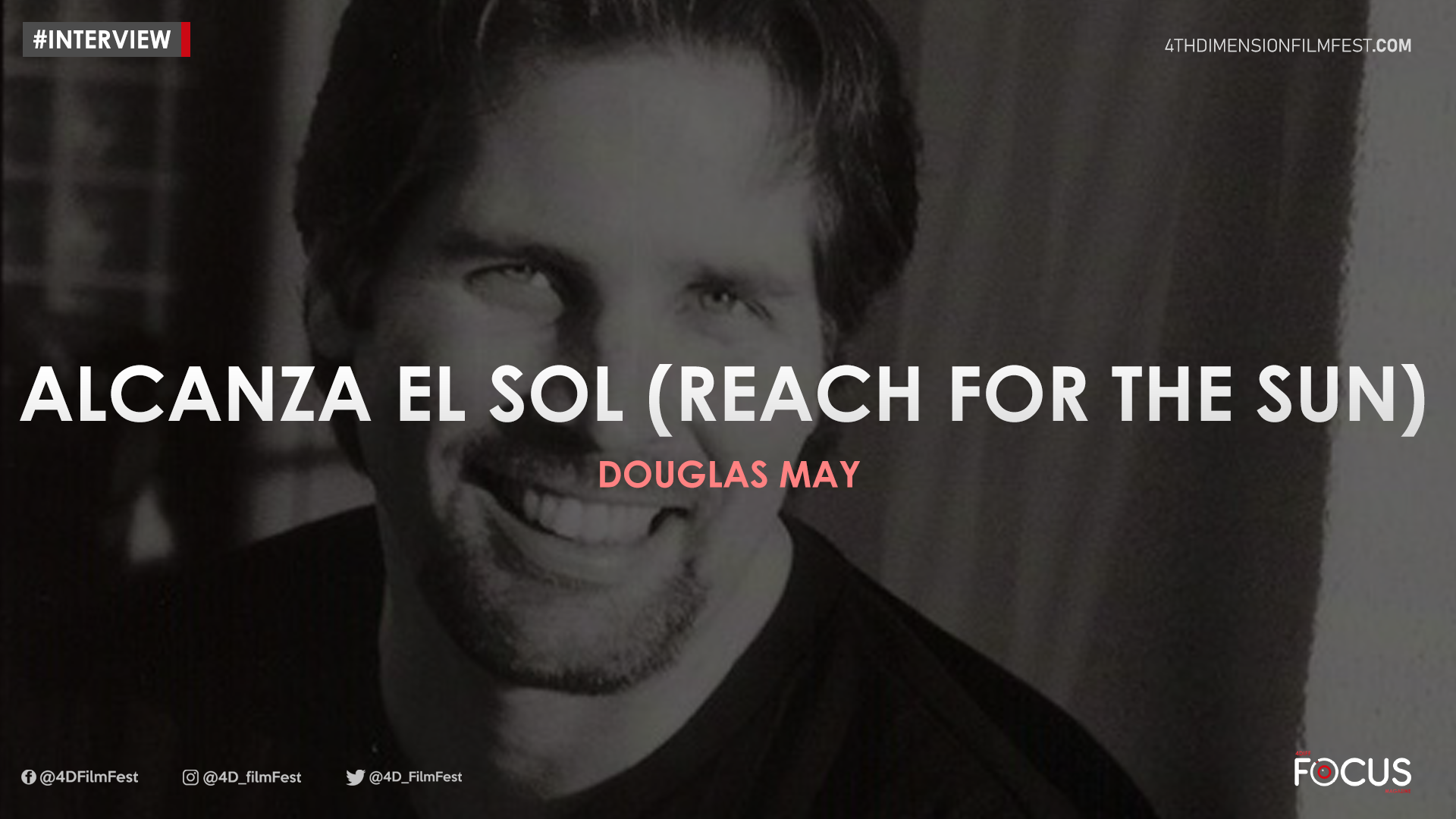 Interview | Alcanza El Sol (Reach for the Sun) – Douglas May 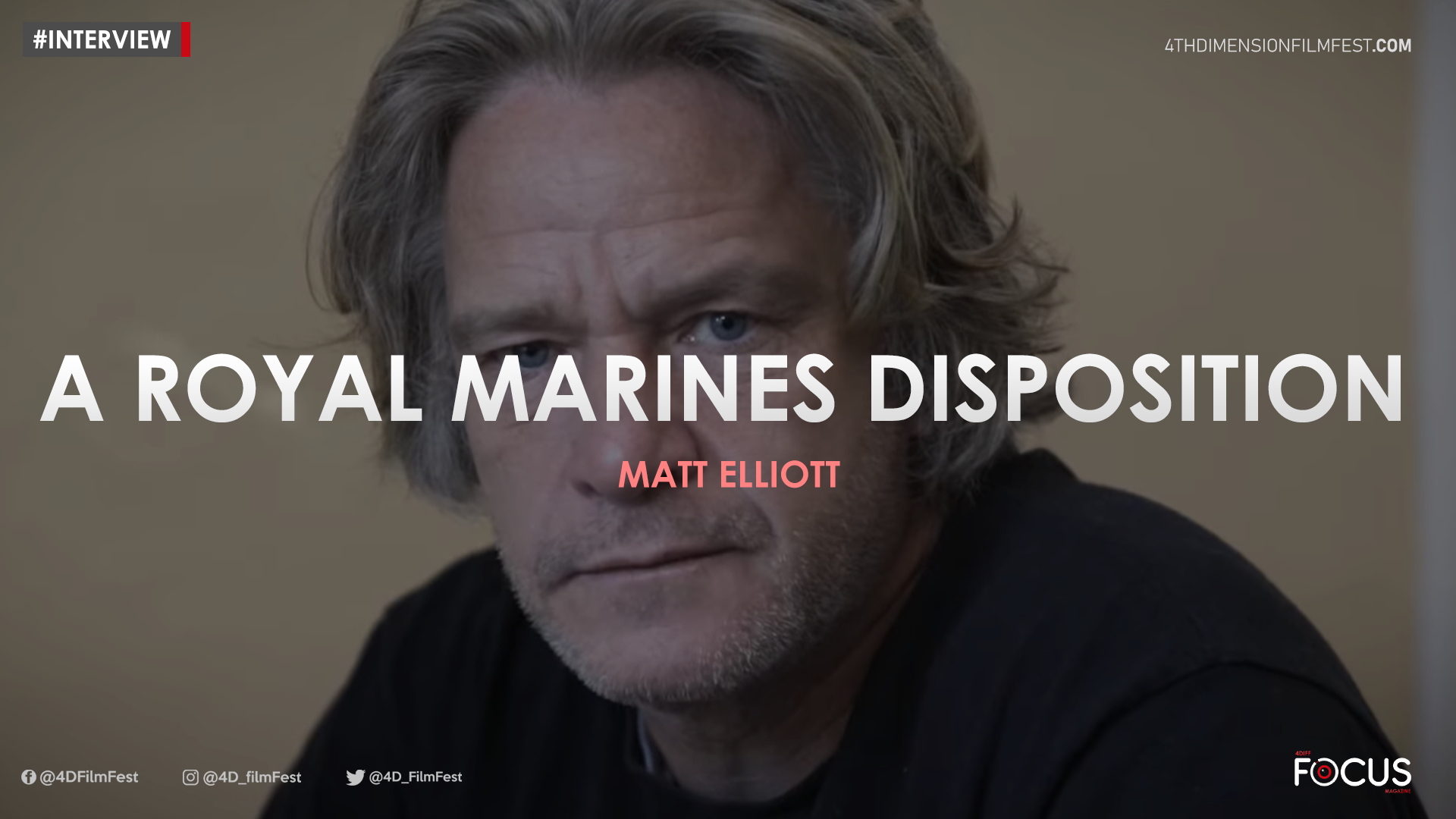 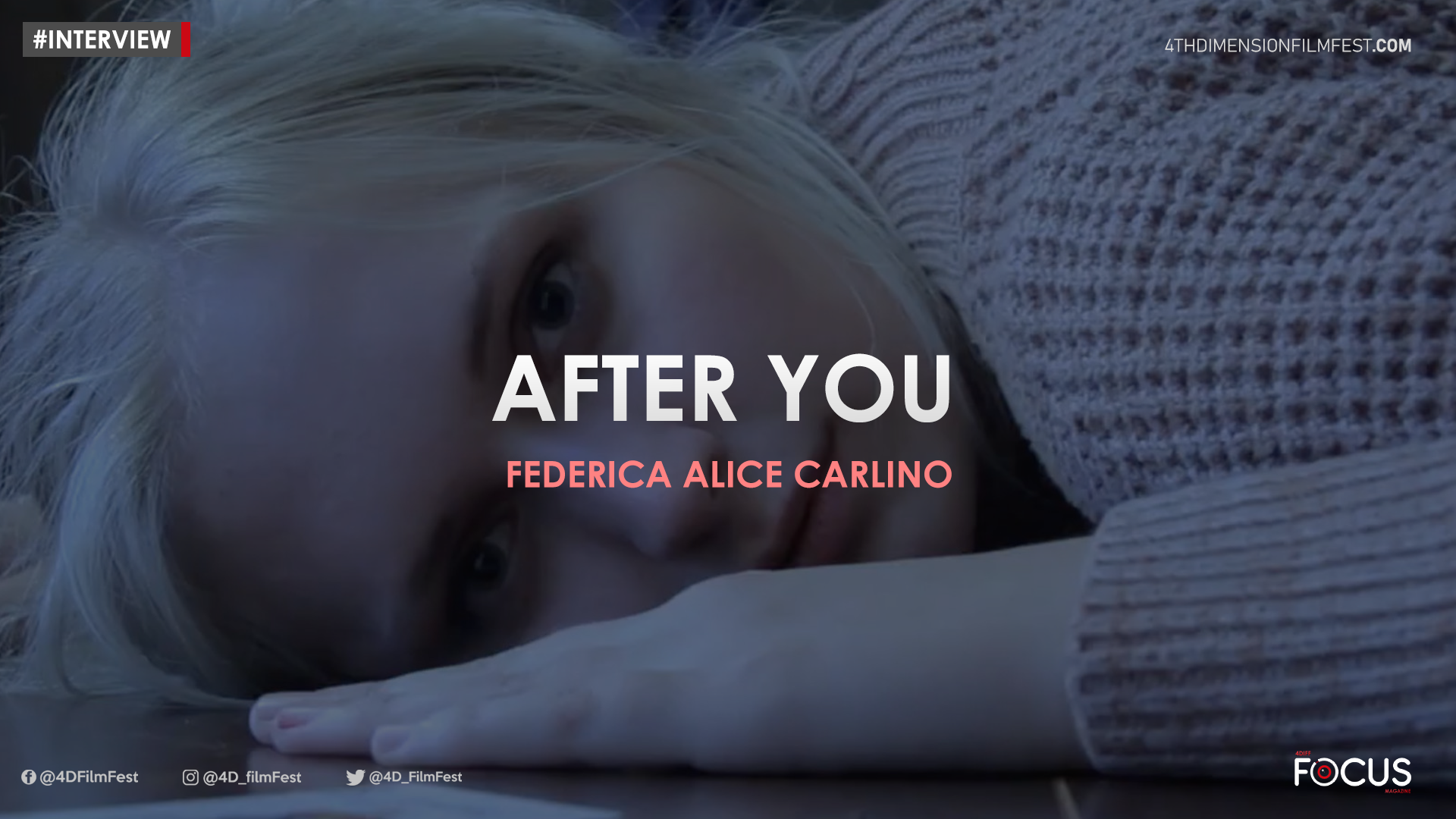